The science of Vitamin D – how it improves your energy & mood

Have you been feeling sluggish or fatigued lately but are unsure why? It may be time to check your vitamin D levels. 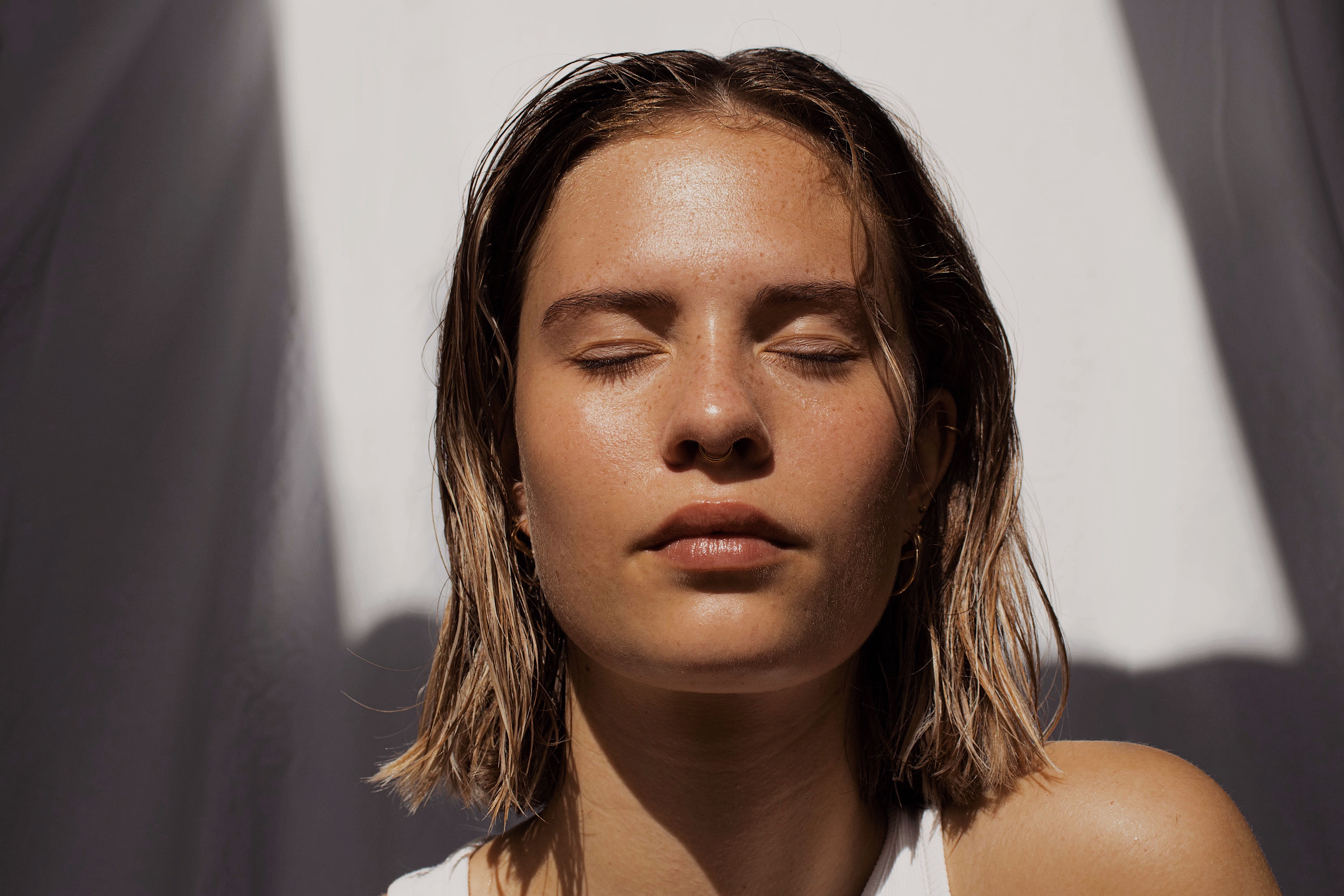 Have you been feeling sluggish or fatigued lately but are unsure why? It may be time to check your vitamin D levels. Vitamin D is a fat-soluble vitamin that is both a nutrient we can consume and a hormone our bodies produce naturally when exposed to direct sunlight. Vitamin D serves several important functions in the body, including building strong bones and teeth and supporting immune health.

Research suggests it also plays an important role in regulating energy levels and mood and may even help reduce the chance of certain diseases. Read on to learn more about the benefits of vitamin D, signs you might be deficient, and ways to increase your levels. 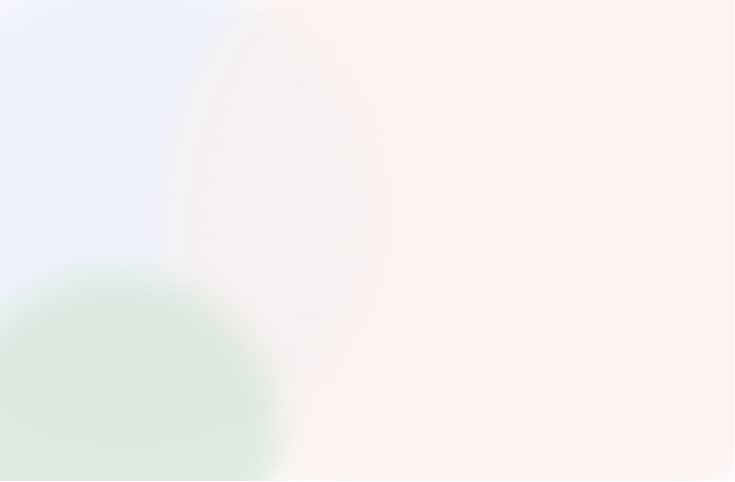 Why vitamin D is important

You’ve likely heard that getting enough vitamin D is important for your health, particularly in the winter when sunlight, which is our main source, can be scarce.

But what does this essential vitamin actually do for the body? One of the most important roles of vitamin D is regulating the absorption of calcium and phosphorus in the blood, which is vital for bone health. Healthy bones offer protection from a number of health conditions, including osteoporosis and rickets (a disorder in children in which bones are weak and soft). Having strong bones can also help prevent fractures.

Additionally, vitamin D has anti-inflammatory and antioxidant properties, which supports the immune system and can help ward off infections. Some research suggests vitamin D may play a role in reducing the chance of certain diseases, such as heart disease, multiple sclerosis, and type 2 diabetes, though more robust studies are needed. Other research has found vitamin D may play an important role in maintaining energy levels, regulating mood, and may even decrease the chance of depression.

How to determine your vitamin D levels

Vitamin D levels can be determined with a simple blood test. The test will measure the level of 25 hydroxyvitamin D, or 25(OH)D, in your blood. This is the substance the liver changes vitamin D to before your body can use it. You can get this test done at your doctor’s office or use an at-home test.

There is some debate in the medical community over the “healthy” or “ideal” levels of vitamin D. Generally, a vitamin D level below 20 ng/mL is considered deficient, and most people should aim for a level of 30 ng/mL or higher. You’ll want to retest in three to six months to get a more accurate read on your levels over time and track your progress.

Signs of a vitamin D deficiency

Worldwide, about 1 billion people are deficient in vitamin D. Generally, living at latitudes further from the equator is associated with a higher risk of vitamin D deficiency, as these areas have less exposure to the sun. People who are obese, have darker skin, or are over the age of 65 may also have lower levels of vitamin D.

What research says about vitamin D, energy, and mood

Fatigue and low energy are common signs of a vitamin D deficiency. One theory behind this involves vitamin D’s relationship to mitochondria – the “powerhouse” of the cell that generates energy for various parts of the body to use. Research suggests vitamin D supports the chemical processes of the mitochondria and therefore, a lack of vitamin D may negatively affect mitochondrial function, leading to fatigue.

What’s more, there’s a growing body of evidence that shows correcting a vitamin D deficiency leads to improved energy levels. One study looked at 174 adult patients who presented with fatigue. Of these participants, 77 percent were found to have low levels of vitamin D (below 30 ng/mL). After five weeks of vitamin D therapy, fatigue symptoms improved significantly in all areas, including physical, mental, and emotional health.

Another study included 120 otherwise healthy individuals with vitamin D deficiency (below 20 ng/mL) who reported symptoms of fatigue. The participants were divided into two groups: one group received a single oral dose of 100,000 units of vitamin D, while the other group received a placebo. Those treated with vitamin D experienced a significant improvement in their fatigue symptoms compared to those in the placebo group.

Some compelling case studies also strongly suggest vitamin D can play an important role in combating fatigue in vitamin D deficient people. One such case study describes a 61-year-old man who had excessive levels of daytime fatigue. He had no history of depression, sleep apnea, or narcolepsy that would explain his symptoms. A blood test showed he had a vitamin D deficiency at 18.4 ng/mL. His doctors introduced vitamin D therapy to increase his levels. At 3 and 12 month follow-up appointments, the patient reported complete resolution of daytime fatigue. Similarly, another case of a 28-year-old woman with excessive daytime sleepiness, a vitamin D deficiency, and no history of depression or sleep disorders reported that her symptoms resolved within two weeks of treatment with vitamin D supplementation.

Other research suggests vitamin D may help regulate mood. A review of 25 trials concluded that vitamin D supplementation can help reduce negative emotions. Another review of 14 observational studies found a link between low levels of vitamin D and depression. The theory is that the presence of vitamin D receptors in the brain, particularly the regions thought to be involved in depression, may account for its role.

How to increase vitamin D levels

If you’re interested in increasing your vitamin D intake, there are a few different avenues you can take.

Vitamin D isn’t found naturally in many foods, but you can purchase certain foods that are fortified with it. However, note that foods can only account for a relatively low portion of our vitamin D needs – about 10 to 20 percent.

Foods you can eat to increase your vitamin D and boost your energy include:

Another way to get vitamin D is exposure to ultraviolet (UV) rays from the sun, which can stimulate its production in the skin.

Research suggests that the best time to get vitamin D from the sun, especially in the summer, is at noon, when the sun is at its highest point and strongest. What’s more, you won’t even need to stay out very long to reap the benefits. According to scientists from the University of Manchester, everyone should get 10 to 15 minutes of sun exposure per day during the spring and summer months to avoid vitamin D deficiency for the whole year. For those with darker skin, the recommendation is 25 to 40 minutes. It’s recommended to get out around midday when the sun is strongest between 10 am and 3 pm.

However, it’s important to keep in mind that too much exposure to UV rays can increase the odds of skin cancer. If you will be outdoors any longer than this, make sure you’re protected with sunscreen with a sun protection factor (SPF) of 15 or higher.

Another way to increase your vitamin D levels is to take supplements. The recommended daily allowance for Vitamin D is currently set at 400–800 IU/day. In Germany,  for example, it’s recommended that most kids, teenagers, and adults get 800 IU/day, while in the U.S. the recommendation is 600 IU/day.

If you have any questions about the amount of vitamin D supplementation that’s right for you, talk to your healthcare provider.

Ashley is a journalist specializing in health and science reporting.She has a decade of experience in both breaking news and long-form storytelling and is working for a number of publications, including Healthline, Everyday Health, and the Irish Examiner. She also served as the Health Editor for CBSNews.com and covered a wide range of chronic diseases and conditions at Everyday Health. 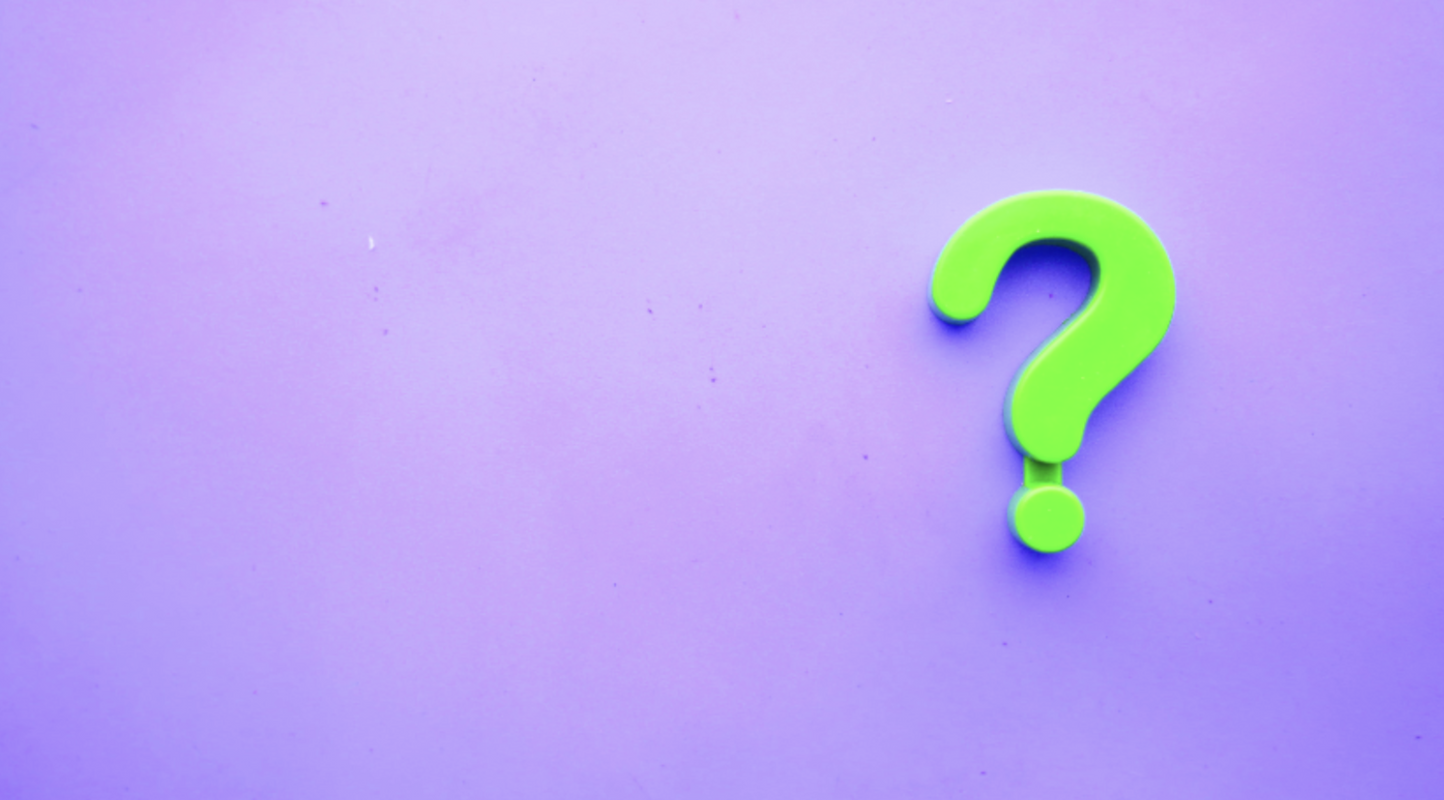 What is "normal”? Understanding your ranges and lab results

Blood tests are useful tools for understanding what's going on inside your body. But they can be tricky to interpret. 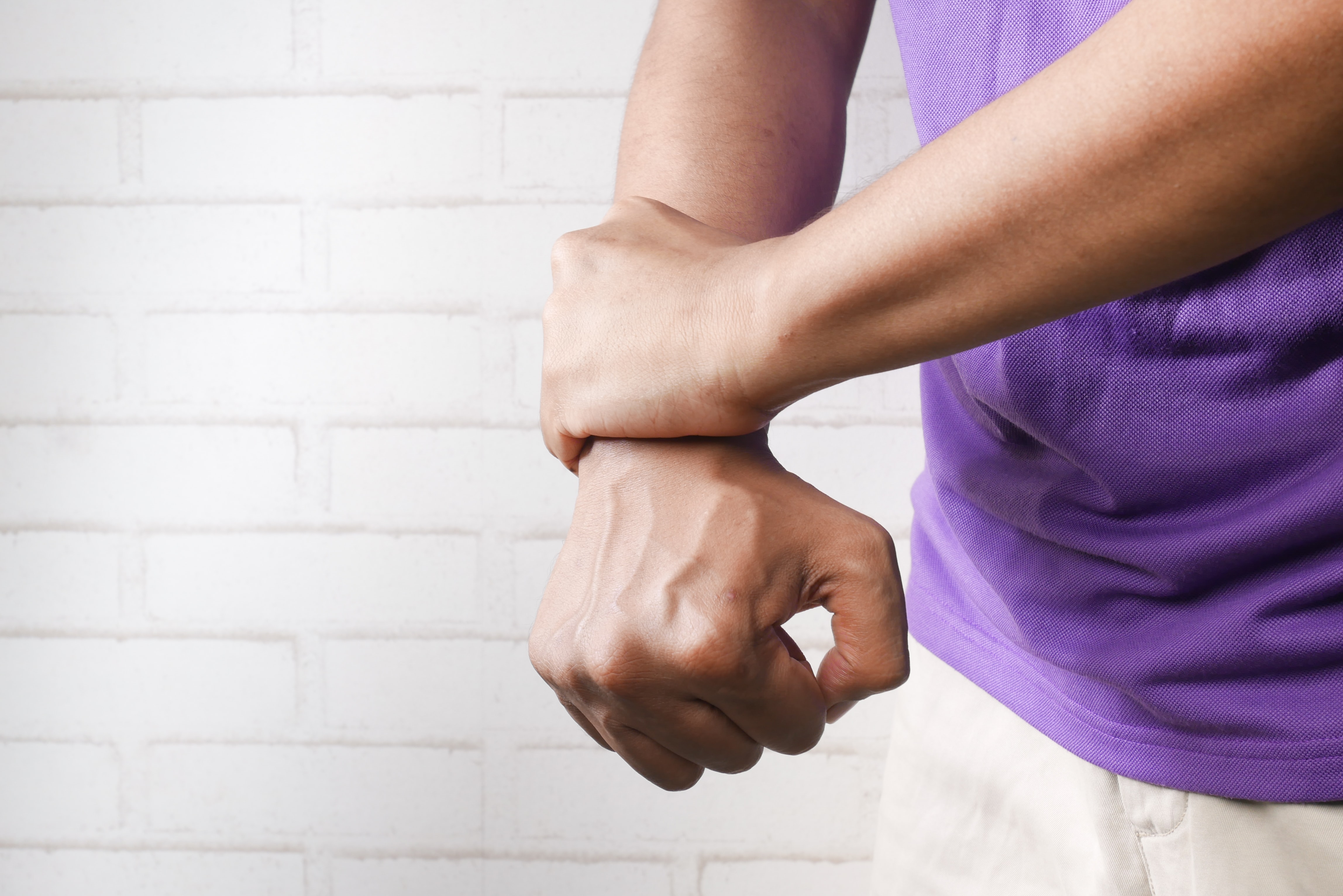 Chronic inflammation is bad news, but here are 7 things that can put a stop to it. 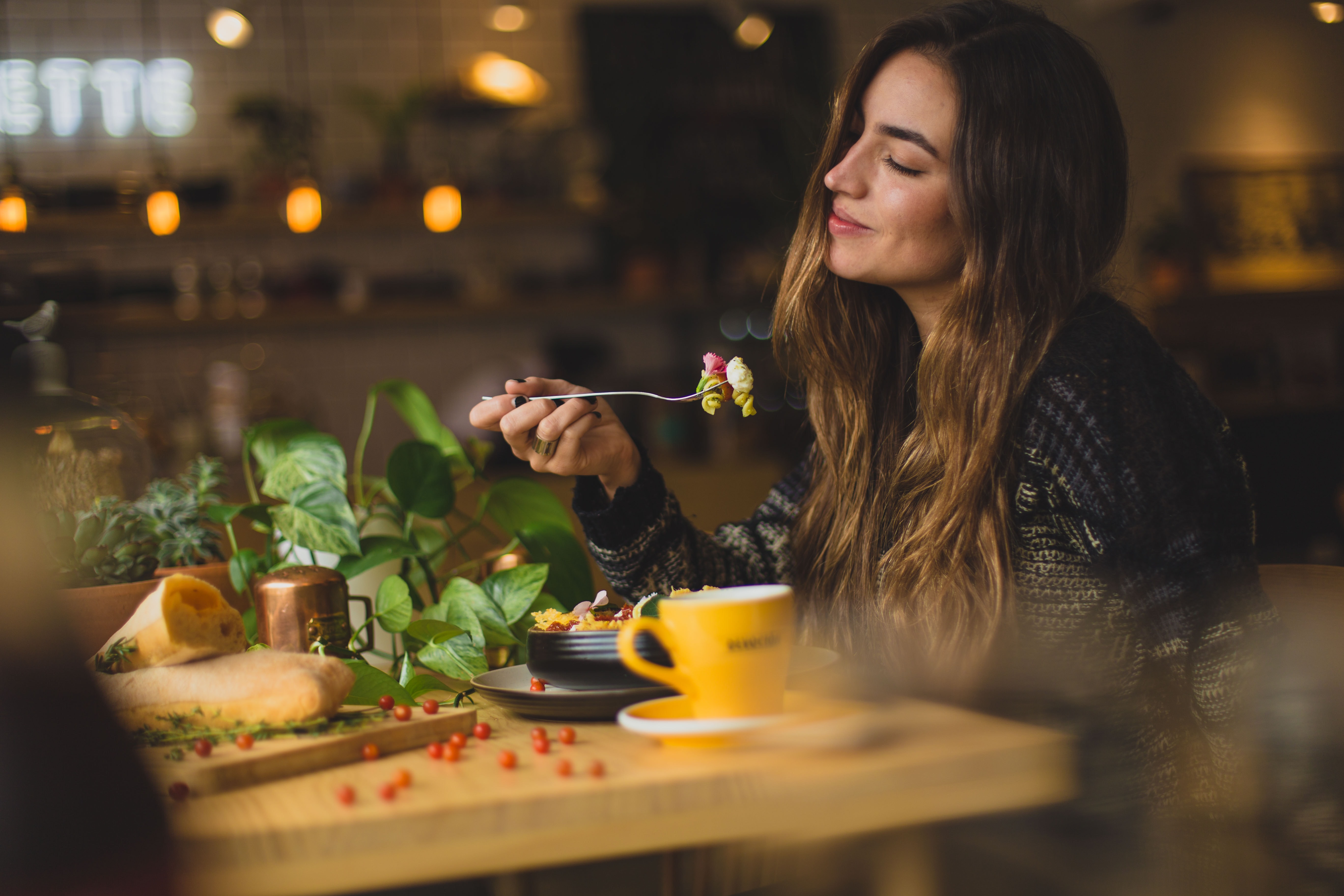 Pump up the iron: Why iron is so important and 10 foods to boost it

Why this mineral is so essential for your health and energy.